The purpose of this task is for students to apply a reflection to a single point. The standard 8.G.1 asks students to apply rigid motions to lines, line segments, and angles. Although this problem only applies a reflection to a single point, it has high cognitive demand if the students are prompted to supply a picture. This is because the coordinates of the point $(1000,2012)$ are very large. If students try to plot this point and the line of reflection on the usual $x$-$y$ coordinate grid, then either the graph will be too big or else the point will lie so close to the line of reflection that it is not clear whether or not it lies on this line. A good picture requires a careful choice of the appropriate region in the plane and the corresponding labels. Moreover, reflections of lines, line segments, and angles are all found by reflecting individual points.

This task was adapted from problem #3 on the 2012 American Mathematics Competition (AMC) 10B Test. The responses to multiple choice answers for the problem had the following distribution: 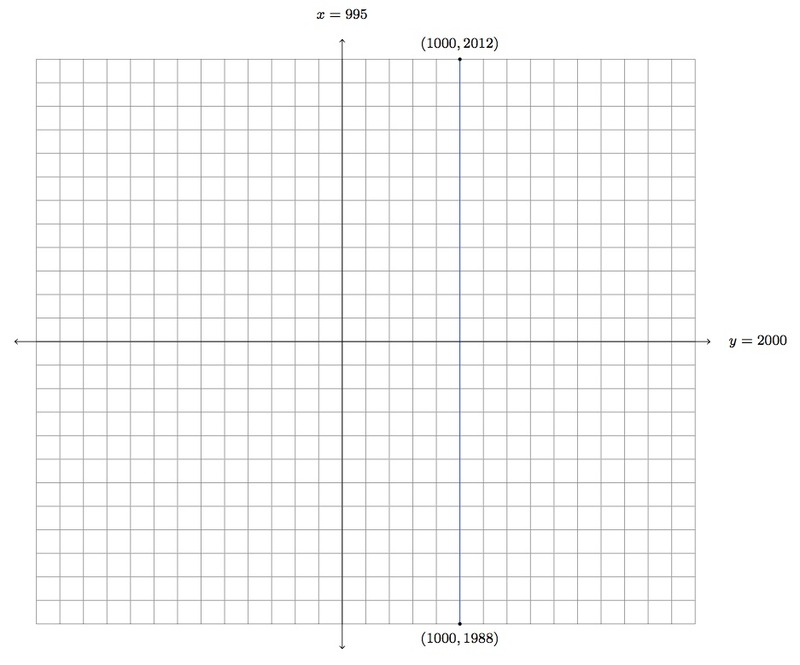