Grade 8
Domain Geometry
Cluster Understand congruence and similarity using physical models, transparencies, or geometry software.
Standard Use informal arguments to establish facts about the angle sum and exterior angle of triangles, about the angles created when parallel lines are cut by a transversal, and the angle-angle criterion for similarity of triangles. <span class='clarification'>For example, arrange three copies of the same triangle so that the sum of the three angles appears to form a line, and give an argument in terms of transversals why this is so.</span>
Task Find the Angle 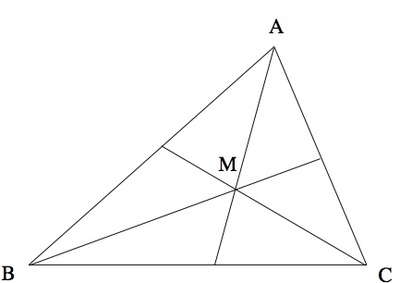 This task adapted from a problem published by the Russian Ministry of Education.

The task is an example of a direct but non-trivial problem in which students have to reason with angles and angle measurements (and in particular, their knowledge of the sum of the angles in a triangle) to deduce information from a picture.

Some notes on the use of the GeoGebra file: The file gives the proctor of the problem the abilty to set 2 of the 3 angles before showing the problem to the student. It would also allow for a student or group to use this to evaluate a specific instance of the problem. Also, a teacher could load this on multiple computers where groups or students could move from station to station to have a variety of problems. Once the angles are set, the problem appears and the student is allowed to enter what they think the third angle should be. A popup alerts the student if they are correct or incorrect. There is a check box that shows the solution with a graphical explanation. From there, you can reset the problem to its initial state.

All angle measurements are in degrees.

This task adapted from a problem published by the Russian Ministry of Education.