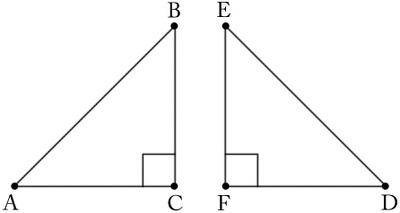 The triangle congruence criteria, SSS, SAS, ASA, all require three pieces of information. It is interesting, however, that not all three pieces of information about sides and angles are sufficient to determine a triangle up to congruence. In this problem, we considered SSA. Also insufficient is AAA, which determines a triangle up to similarity. Unlike SSA, AAS is sufficient because two pairs of congruent angles force the third pair of angles to also be congruent.

We also saw in Josh's example that if the corresponding angles $C$ and $F$ are right angles then the two triangles $ABC$ and $DEF$ are necessarily congruent. Interestingly, the same conclusion holds if the angles are obtuse: in order for the example given in the answer to part (b) to work, it is necessary that the perpendicular from $A$ to line $BC$ meets $BC$ between $B$ and $C$ and this will fail if angle $B$ is obtuse: 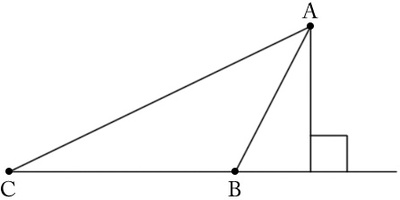