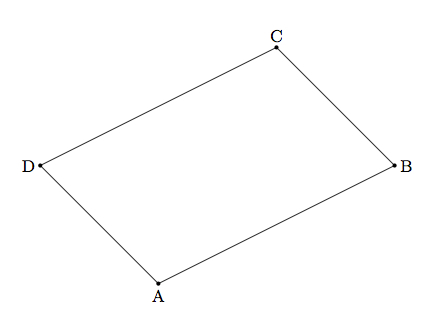 A second argument builds upon the construction of the first solution but concludes that $ABCD$ is a parallelogram using a rigid motion argument instead of congruence of alternate interior angles. The key points in this argument are that a 180 degree rotation maps $ABCD$ to itself and that the image of a line $\ell$ by a 180 rotation is parallel to $\ell$. This second solution is mostly appropriate if the students are studying transformations of the plane and symmetries of geometric figures. The teacher may need to provide some assistance or prompting in this direction. 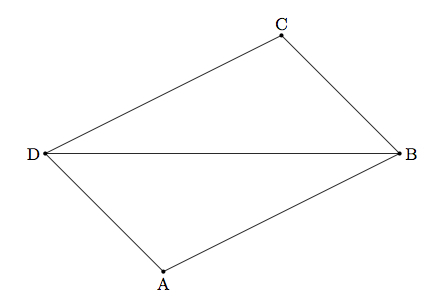 Using the diagonal $\overline{AC}$, the same argument can be applied to show that $\triangle DCA$ is congruent to $\triangle BAC$. This means that $\angle ACB$ and $\angle CAD$ are congruent from which we conclude that $\overleftrightarrow{AD}$ and $\overleftrightarrow{BC}$ are parallel. Since the two pair of opposite sides of $ABCD$ are contained in parallel lines, $ABCD$ is a parallelogram.

Below is a picture of $ABCD$ with both diagonals drawn and their point of intersection labelled: 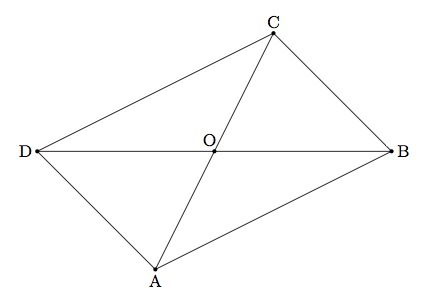