High School Functions
Domain Building Functions
Cluster Build new functions from existing functions.
Standard Identify the effect on the graph of replacing $f(x)$ by $f(x) + k$, $k f(x)$, $f(kx)$, and $f(x + k)$ for specific values of $k$ (both positive and negative); find the value of $k$ given the graphs. Experiment with cases and illustrate an explanation of the effects on the graph using technology. <span class='clarification'>Include recognizing even and odd functions from their graphs and algebraic expressions for them.</span>
Task Building a quadratic function from $f(x) = x^2$ 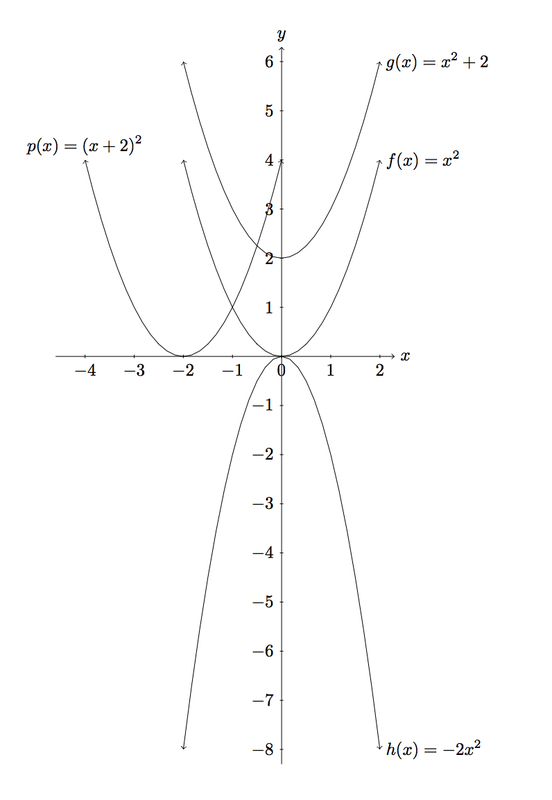